The Ultimate Guide to Salt Chlorinators 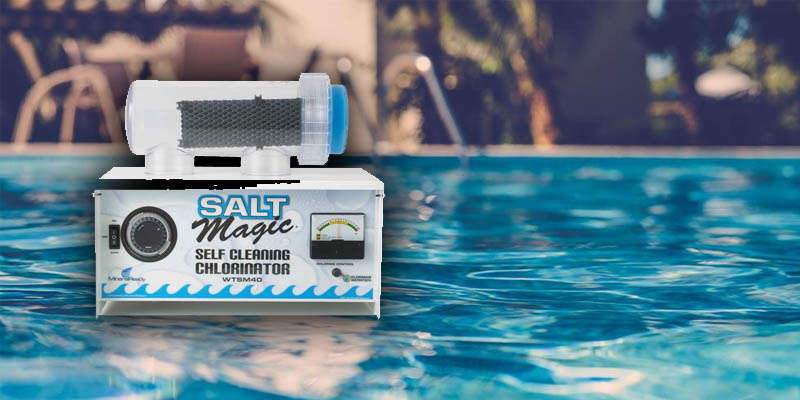 What is a salt chlorinator?

How do salt chlorinators work?

As water and salt make their way through your pool’s circulatory system, they pass through as salt cell after entering the salt chlorine generator. A low-voltage direct current is used to initiate electrolysis, by applying it to flat rectangular plates located inside the salt cell.

After electrolysis is initiated, salt and water break up into hydrogen gas and hypochlorous acid. The former simply escapes the pool in the form of bubbles while the latter sanitises the pool water and then reverts back to salt. This is an ongoing and repeated process, as the salt continue to pass through the salt cell.

One of the major advantages of salt chlorine generators is the ongoing maintenance costs, though there is a downside to this, which we’ll get into later. Owners who have salt water pools also inherit reduced eye and skin irritation, as less harsh chemicals are used to sanitise the pool water. This in turn leads to overall increased swimmer safety.

There are few disadvantages to having a salt water pool and thus using salt chlorinators, though one of the major disadvantages is the high initial cost, as well as the salt cell replacement costs. Aside from that, salt can be corrosive and damage your pool equipment and lining if it increases beyond 6,000 ppm. Though, it will take some serious neglect for it to get that high.

What’s it made of?

A salt chlorinator’s anatomy consists of two major parts, being the cell and the control board. Let’s break down how each part works.

The Cell. This part of the chlorinator actually turns the salt into chlorine. Here is where electrolysis is initiated, as the salt passes over the metal plates, which are charged from the control board.

How to maintain a salt chlorinator

Salt chlorinators typically have a long life span, though you need to aid them to get there. Here are some of our top salt chlorinator maintenance tips:

What’s the life span of a salt chlorinator?

The typical life span of a salt chlorinator is from 3 to 7 years. Though, make sure you properly maintain it to avoid early replacements, as replacing the board alone can be quite costly.

See out salt chlorinator below

Feel free to contact us whether you need your salt cell or control board replaced, or you want to purchase a salt chlorinator.

Enjoy this article? Sign up to our newsletter for more free pool tips & advice